Spending a Weekend in Braga: What to do and where to eat.

Some things about Braga…

Braga is a city in northwest Portugal that is known for its rich history, cultural significance, and beautiful architecture. Located in the Minho region, it is the oldest archdiocese in the country and has played a central role in the religious and cultural life of Portugal for centuries. The city is home to a number of landmarks and attractions, including the Bom Jesus do Monte, a famous sanctuary and pilgrimage site that is located just outside the city. Braga is also known for its vibrant nightlife, delicious food, and friendly locals, making it a popular destination for tourists from around the world.

Did you know that Braga is known as the city of the rooster?

A Galician man showed up one day and aroused suspicion. The police opted to detain him, and despite his sworn declarations of innocence, no one was persuaded by his claims that he was a devout follower of Saints James, Paul, and Our Lady and that he was traveling to Santiago de Compostela to fulfill a commitment. So, he was given a hanging sentence. He requested to be taken before the judge who had sentenced him before being hung. When permission was given, he was brought to the magistrate’s house, where he was joined by several friends at a feast.

To the shock of all in attendance, the Galician declared his innocence once more and pointed to a roasted rooster on the table, saying, “I am as sure to be innocent as that rooster is sure to crow when they hang me.” No one expected laughter or comments, but just in case, no one touched the rooster.
What first appeared impossible became true! The rooster perched himself on the table and crowd as the pilgrim was being hung. Nobody any longer questioned the convicted man’s assertions of innocence. The judge hurried to the gallows where he was shocked to see the unfortunate guy hanging there with a rope around his neck. But he couldn’t be choked because the noose was too tight. But he couldn’t be choked because the noose was too tight. He was freed right away and sent out in peace. After a while, he went back to Barcelos and built a memorial to St. James and the Virgin Mary.

First of all, here’s some things you should do to whet your appetite:

1. Visit the Bom Jesus do Monte

4. Try an Explorial trail around Braga

6. Take a walk through the Jardim da Cordoaria

1. Visit the Bom Jesus do Monte

Bom Jesus do Monte is a sanctuary and pilgrimage site located just outside the city of Braga in northwest Portugal. It is known for its beautiful baroque church, gardens, and a network of winding staircases that lead up to the church. The site is a popular tourist attraction and is considered one of the most important religious landmarks in Portugal.

The sanctuary is built on the side of a hill and is accessed by a series of staircases that are decorated with chapels and fountains. The main attraction at the top of the hill is the Church of Bom Jesus, which was built in the 18th century in the baroque style. The church is surrounded by lush gardens and offers panoramic views of the surrounding area.

In addition to the church, the sanctuary also includes a number of other buildings and attractions, such as the Holy House, a chapel dedicated to the Virgin Mary, and the Fountain of the Five Ports, which is believed to have medicinal properties. The sanctuary is also home to a number of religious artifacts and artworks, including an 18th-century organ and a collection of baroque paintings.

Bom Jesus do Monte is a popular destination for tourists and pilgrims alike and is considered an important cultural and religious site in Portugal.

The Old Town of Braga is a historic area located in the center of the city that is known for its beautiful architecture, cultural significance, and vibrant atmosphere. One of the main landmarks in the Old Town is the Cathedral of Braga, which is the oldest in the country and dates back to the 11th century. The cathedral is a prime example of Romanesque architecture and features a number of beautiful chapels and works of art.

Other notable landmarks in the Old Town include the Paço dos Duques de Bragança, a 16th-century palace that is now home to the Braga Municipal Museum, and the Sé Nova, a beautiful 18th-century church. The Old Town is also home to a number of charming squares and streets, such as the Largo da Porta Nova and the Rua da República, which are lined with a variety of shops, cafes, and restaurants.

In addition to its landmarks, the Old Town is also known for its vibrant cultural scene, with a number of festivals and events taking place throughout the year. These include the Braga Street Art Festival, which features a variety of street performances and art installations, and the Braga Music Festival, which hosts a range of classical, jazz, and world music concerts. Overall, the Old Town of Braga is a must-visit destination for anyone interested in the history and culture of Portugal.

Estádio Municipal de Braga, also known as the Braga Municipal Stadium, is a football stadium located in Braga, Portugal. It was built in 2003 and is the home ground of the S.C. Braga football team. The stadium has a capacity of 30,154 and is known for its modern design and facilities. It is located in the north of the city, near the Parque da Ponte neighborhood.

The Braga Municipal Stadium has played host to a number of high-profile football matches, including matches in the UEFA Cup, the UEFA Europa League, and the UEFA European Championship. It has also been used for concerts and other sporting events. The stadium is equipped with VIP areas, a press box, and a number of food and beverage options for guests.

In addition to hosting sporting events, the Braga Municipal Stadium offers guided tours for visitors. These tours allow visitors to explore the stadium and learn more about the history and facilities of the venue. The tours typically last around 45 minutes and are available in Portuguese, English, and Spanish.

4. Try an Explorial trail around Braga

Try this Explorial trail in Braga, which allows you to see the main attractions of the city and, if you want, have a traditional snack along the way. 😉

Take your time when playing Explorial, we’re pretty sure this will give you some appetite to eat some of the things we’ll be showing you right away.

The Braga Art Museum is a museum located in Braga, Portugal that is dedicated to showcasing Portuguese art from the 15th to the 20th centuries. The museum’s collection includes a wide range of artistic styles and mediums, including paintings, sculptures, and graphic arts.

Some of the notable artists represented in the museum’s collection include Almada Negreiros, Amadeo de Souza-Cardoso, and Antonio Carneiro. In addition to its permanent collection, the Braga Art Museum also hosts a variety of temporary exhibitions and events throughout the year.

The museum is housed in the Palácio do Raio, a beautiful 18th-century building that was once the residence of the Counts of Prado. The museum’s permanent collection is spread out over three floors of the building, with each floor focusing on a different period of Portuguese art.

The Braga Art Museum is a popular attraction for both tourists and locals, and it is an important cultural institution in the city. It is open to the public Tuesday through Sunday, and admission is free.

6. Take a walk through the Jardim da Cordoaria

Jardim da Cordoaria is a public garden located in the center of Braga, Portugal. The garden was created in the 18th century and features a wide variety of plants and flowers, as well as a number of sculptures and fountains. The garden is a popular spot for locals and tourists alike to relax and enjoy the outdoors, and it is often used as a venue for cultural events and festivals.

In addition to its natural beauty, the Jardim da Cordoaria is also home to a number of cultural attractions, such as the Cordoaria Nacional (a former rope factory that has been converted into an arts center) and the Braga Art Museum. The garden is a popular spot for locals and tourists to take a leisurely stroll, relax on a bench, or enjoy a picnic on a sunny day.

Braga is a city in northwest Portugal that has a rich cultural heritage and hosts a number of events throughout the year. Some popular cultural events in Braga include:

In addition to these events, Braga also hosts a number of other cultural events throughout the year, such as art exhibitions, theater performances, and sporting events. There is always something going on in the city, making it an exciting destination for visitors.

Braga is a city known for its rich and diverse culinary traditions. Some popular dishes and ingredients in Braga’s traditional cuisine include:

Other traditional dishes from Braga include arroz de cabidela (chicken rice with blood), feijoada à transmontana (a hearty bean and meat stew), and caldo verde (a kale and potato soup).

LIKE THIS ARTICLE ABOUT SEEING BRAGA IN A WEEKEND? PIN IT!

If you’ve found this article about what to do in Braga interesting, please consider sharing it with your friends. It will mean the world to us. 🙂 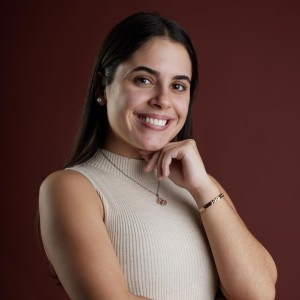 Passionate for adventure and lovely views. Always chasing the most beautiful places around the world and taking that as an advantage to give the readers some tips on how to explore the world.
Facebook
Twitter
LinkedIn
Pinterest