Munich is a beautiful and vibrant city with a lot to offer, but it can also be expensive for travelers on a budget. However, there are still plenty of things to do in the city that won’t break the bank. From exploring the city’s parks and green spaces to visiting its museums and cultural institutions, there are plenty of activities that won’t cost a lot of money. In this blog post, we’ll share 10 budget-friendly things to do in Munich that will help you discover the city on a budget.

One of the best ways to see all the sights is with an app. Explorial offers a Scavenger Hunt / Sightseeing Tours in many German cities.

In case your interested in getting to know the best of Munich, on a budget, then you should check out this tour:

If you’re planning to travel Munich on a budget, there are several things you can do to save money. Here are 10 ideas of what to visit in Munich if you travel on a budget:

1. Check out the Marienplatz

The Marienplatz is the central square of Munich and is a popular attraction for locals and tourists alike. It is named after the Mariensäule, a Marian column that was erected in the square in 1638 to celebrate the end of Swedish occupation during the Thirty Years’ War.

The square is is surrounded by a number of important buildings, including the New Town Hall and the Old Town Hall, both of which are architectural wonders in their own right. The square is a popular tourist destination and is the site of a number of events and activities throughout the year, including the traditional Christmas market. The Marienplatz is a great place to start exploring the city and to get a feel for the local culture and history.

2. Take a stroll through the Nymphenburg Palace

The Nymphenburg Palace is a beautiful Baroque palace located on the western edge of Munich. It was built in the 17th century as a summer residence for the Wittelsbach monarchs of Bavaria, and it’s a great place to learn about the history and culture of the city.

A number of museums are housed in the palace, the Marstallmuseum, which houses a collection of carriages and other historic vehicles, and the Porcelain Museum, which displays a wide variety of porcelain objects from around the world. The palace is surrounded by beautiful gardens and parks, and it’s a great place to spend an afternoon soaking up the sun and enjoying the natural beauty of the area. The Nymphenburg Palace is a well-liked tourist destination as well as a significant cultural and historical site.

The Fünf Höfe is a stunning Baroque palace where the Munich City Museum, which is devoted to the history of the city and its inhabitants, is located. The museum includes a number of ongoing exhibits that explore a wide range of subjects, such as the history, culture, and art of the city. Throughout the year, it also hosts a variety of temporary exhibits that highlight particular facets of Munich’s past or present.

The Munich City Museum is a significant cultural institution in Munich and a favorite site for visitors and people interested in the history of the city.

4. Take a walk through the Hofgarten

The Hofgarten is a beautiful public park, is situated just to the south of the Residenz and is a popular destination for locals and tourists alike. The Hofgarten is a formal garden with a number of winding paths, statues, and fountains. It is a great place to relax and take a leisurely walk, and is especially popular in the warmer months.

The park is also home to a number of events and activities throughout the year, including concerts, festivals, and outdoor theater performances. It is an important green space in the heart of the city and is a must-see for anyone visiting Munich.

The Munich Olympic Park is a large sports and entertainment complex located in the northwest of Munich. It was constructed for the 1972 Summer Olympics and has since grown to be a popular tourist destination in the area. Numerous sporting venues, such as the Olympic Stadium, Olympic Swimming Hall, and Olympic Hockey Stadium, can be found within the Olympic Park. Other attractions include the Olympic Tower, which provides sweeping views of the city, and Sea Life Munich, an aquarium home to more than 6,000 marine creatures. Families, tourists and sports enthusiasts enjoy visiting the Olympic Park, a well-known landmark of the city.

With more than 28,000 exhibits spanning a variety of scientific and technological subjects, the Deutsches Museum is one of the biggest and most significant museums of its kind in the world. It features a variety of interactive exhibits that let visitors experience firsthand the scientific ideas being presented. It is a popular destination for tourists and school groups, and is an important resource for anyone interested in science and technology.

With a length of over 300 miles (480 kilometers), the Isar is the most significant river of the Danube. The river runs through the city, and during the warmer months, both inhabitants and visitors love spending time there engaging in a variety of recreational activities like swimming, rafting, and kayaking. It is also a well-liked location for leisurely walks and picnics because the banks of the Isar are surrounded with parks, bike routes, and taverns.
The Isar is a must-visit location in Munich, whether if your interests in nature, water sports, or just wanting to unwind in a picturesque environment.

8. Discover more about the Munich Residenz

The Munich Residenz is a historic palace, located in the city center. From the 13th until the 20th centuries, it served as the Bavarian monarchs’ home. The Alte Residenz, Neue Residenz, and Festsaalbau are a few of the structures that make up the Residenz, a sizable complex. It is renowned for its rich decorations and beautiful gardens and is a superb illustration of Baroque architecture.

The Treasury, which holds a collection of rare gems and other artifacts, is one of many museums housed in the Residenz. Also open to visitors are the State Apartments, which feature several opulent rooms adorned with frescoes, tapestries, and works of art. The Residenz is a popular tourist attraction and is visited by over 1 million people each year. It is also an important cultural and historical landmark in Munich and is a must-see for anyone interested in the history of Bavaria.

9. Wander around the Englischer Garten

Munich’s Englischer Garten is a sizable public park, in the heart of Munich. One of the biggest urban parks in the world, it is 3.7 square kilometers in size.

The Englischer Garten is a stunning green oasis and a favorite place for outdoor activities like picnics and sunbathing. The Chinese Tower, a beer garden, and a Japanese teahouse are just a few of the attractions that can be found in the park. It is also a fantastic location to learn about Munich’s culture and history. Many famous buildings, such the Monopteros and the Bavarian State Chancellery, can be found in the park, which is an excellent spot to learn about the city’s history.

In the center of Munich, Germany, stands the iconic Munich Frauenkirche. With its distinctive twin towers rising above the other buildings, it is a representation of the city. Gothic architecture is beautifully displayed in the Frauenkirche, which dates back to the 15th century. In the 1990s, it was restored using as much of the original stone as possible after being completely destroyed during World War II. With its tall vaulted ceiling and stunning stained glass windows, the Frauenkirche’s interior is equally striking.

The church is a well-liked tourist attraction and a significant landmark in Munich. It is also a bustling center of worship that holds several religious and cultural events all year long.

What is the best time to visit Munich?

The best time to visit Munich depends on your personal preferences and what you want to do while you’re in the city. Munich has a lot to offer year-round, with different seasons offering different experiences and activities.

LIKE THIS ARTICLE ABOUT DISCOVERING MUNICH ON A BUDGET? PIN IT!

If you found this article about Discover Munich on a Budget: 10 Must-Do Activities interesting, please consider sharing it with your friends, which would mean the world to us! 🙂 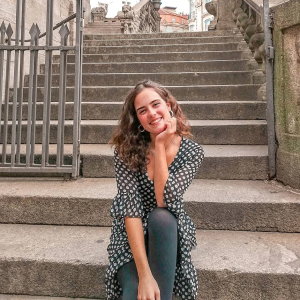 A girl that loves to travel the world, experience different realities, costumes and have the most fun along the way! My favorite thing to do, apart from traveling, is writing about cool places and travel itineraries!
Facebook
Twitter
LinkedIn
Pinterest